Midsize Operator of the Year

In late August 2005, the owners and managers of Carey New Orleans didn’t waste any time as they prepared for the approach­ing hurricane. Newscasters were already anticipating that it would be one of the worst storms on record, and it was heading straight toward The Big Easy. Having evacuated many times before, the entire team was on the same page when the crisis came. The team and their immediate families evacuated to Houston, which included a fleet of cars, the office records, important papers, and everything needed to reopen the company when the clouds cleared. The makeshift command center served as Carey New Orleans’ pulse after the storm—Hurricane Katrina—hit and the company was operating near full capacity within a few weeks. When other companies were devastated, Schuler and his team kept the cars rolling with a network of FEMA contracts to shut­tle victims of the storm out of the bruised city and today is one of the few companies that survived financially and physically. His was also one of the first companies to return to the city and reestablish full operations.

Dean Schuler, president of Carey New Orleans who han­dles the early morning operations, is a well-known and pas­sionate industry veteran who has the fortitude to plan for the unexpected. With his strong senior-level staff—General Manager Amy Abadie, who runs the daily operations after Schuler’s overnight shift, Vice President of Operations John Abadie, and Field Manager/Chauffeur Paul McNish, who earned two nation­al awards as Chauffeur of the Year in 2006—Schuler consistently recognizes his staff for their contribution to the success of the company. Schuler dedicated the award to his staff in his acceptance speech.

Amy Abadie first joined the company in 1997 as a sales executive. Schuler recognized her incredible, untapped potential immediately and promoted her through the ranks to her current position as general manager of the company in late 2000. She oversees the operations of the company and is directly respon­sible for company policy and procedures. Her husband, John Abadie, and Paul McNish are responsible for chauffeur training to meet Carey’s exacting standards. As a testament to their job well done, Carey New Orleans’ chauffeurs are frequently extolled for their attention to detail and flawless execution in their roles as mobile concierges. Together, McNish and Abadie, former Carey chauffeurs themselves, have developed a chauffeur training pro­gram tailored for Carey New Orleans and based on the successful and industry standard Smith System. Abadie was certified as a Smith System instructor in 2001. Quality control is a constant at Carey New Orleans through its mystery rider program and from direct feedback from clients, who are invited to anonymously grade the company’s services, which keeps the Carey New Orleans staff on its toes.

The company has come a long way from its roots in the early 90s. Schuler and longtime friend Edward Sakakeeny col­laborated on several business ventures from their college days. The two decided to jump into the ownership side of the limou­sine industry, and with their com­bined 20 years of industry expert­ise, founded their joint venture in 1994 in New Orleans. After just 2 years, the company’s high level of service was recognized and Schuler was awarded the Carey license for the city of New Orleans. Sakakeeny remains largely involved on the local level as a consult­ant as well as in sales and in special projects while Schuler is devoted to the company’s operations.

Carey New Orleans consistently provides top-notch service to clients, allowing customers to be the driving force behind everything the company does. Carey New Orleans han­dles jobs of any size, expanding its fleet to over 100 vehicles when necessary. A big destination city for conventions, Carey International often calls upon its New Orleans franchise to han­dle an event. McNish was also personally asked by Carey Inter­national to spearhead several large events in the city of New Orleans when the network was introducing its sister company, Carey Meetings and Special Events, in 2000. He received numer­ous accolades from corporate headquarters for a perfect job. They were so impressed with McNish’s performance that he was asked to assist with the 2001 Super Bowl in Tampa, a city of which he knew very little. He handled the job like a true pro­fessional and again won the praises of Carey International. Schuler initially launched his company to stardom and garnered the attention of Carey International in 1994 after his longtime relationships with destination management companies recom­mended the company to the network.
The company is well-known for its generosity with the Make-A-Wish Foundation by donating trips whenever possible. Carey New Orleans has a standard policy of giving a three-hour gift certificate to every legitimate charity that calls. The Carey New Orleans staff, including Sakakeeny and GM Ababie, is very involved in the local community and charities. Schuler, who is very active on a national level, is also very generous with his time as an industry icon and a friend to all those who ask for his help, especially for new operators. Schuler has been a long­time contributor to leading industry publications since 1986, and currently writes a monthly column for Limousine Digest called Signature Livery. In addition to being a tireless supporter and contributor to the magazine, Schuler has been a longtime circulation consultant and has championed several circulation proj­ects for the magazine.

We make getting a quote a simple and convenient. Please use our online form to request pricing as well as schedule transportation for your upcoming needs. To get started, click the button below.

Get your free quote 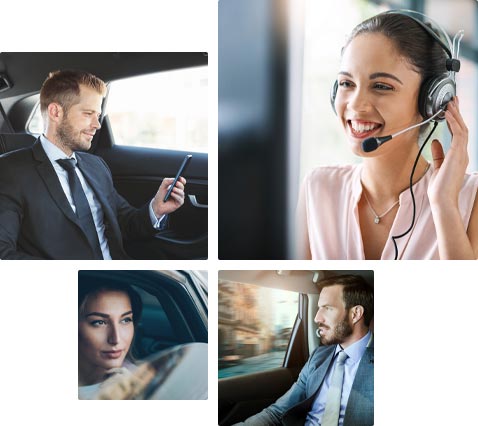 The health and safety of Carey New Orleans’ passengers, employees and corporate partners are our highest priority.

As new cases of COVID-19 have been reported in Louisiana, we are taking steps to proactively safeguard our operations.